While you may see a few faces here, this is a minimal representation of the power of our community. Through community meetings, our strong ambassador program, networking events, and research and development, our team collectively makes decisions to better our community as a whole.

We all believe that no matter your political stance, beliefs, or socioeconomic status, everyone brings a unique perspective and opinion to the table; if we were all the same, there would be no need for BVN.

Some of our leadership are listed below. We are currently an entirely volunteer-led and operated organization. BVN was built on the sacrifices of many who choose to continue serving their brothers and sisters long after service. 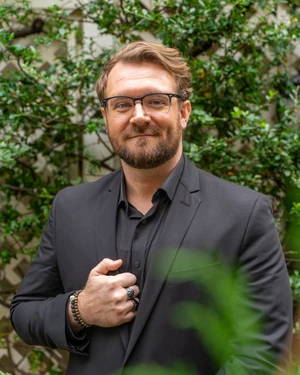 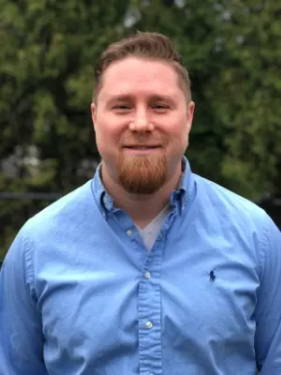 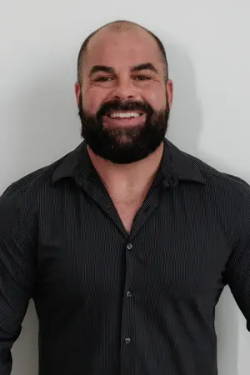 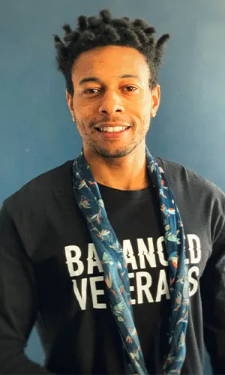 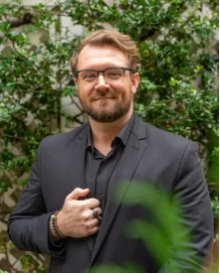 Ron Millward is the Founder and President of Balanced Veterans Network. He is a people-first passionate creative dedicated to creating a safe space for the education, advocacy, and empowerment of alternative therapies for veterans and their families. Ron grew up in Lancaster, Pennsylvania, and enlisted in the United States Air Force at 17 years old. He served for seven years as a combat vehicle operator and an aerospace flight medic. During that time, Ron moved over 33 times and deployed to Iraq, Qatar, Saudi Arabia, and South Korea. After struggling with combat-related Post Traumatic Stress Disorder and the loss of a few friends to suicide, he decided to separate in hopes of finding a new direction in life by helping people. From 2014-2019 Ron tried to find purpose by working as a Creative Pastor for various churches around the United States. After struggling to find mental freedom, he found Cannabis to be a powerful tool for his healing, among other alternative therapies. In early 2019 he had the idea of “Balanced Veterans,” formed with a board of other combat, service-connected veterans. As a community, they channel their collective passion for helping people into the veteran community that desperately needs direction. Balanced Veterans continues to partner with other organizations to reach veterans and provide education and tools to find a new path toward mental freedom. 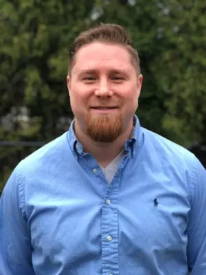 Caleb Masoner is the current Executive Director of Balanced Veterans. Caleb went to school in towns across Louisiana, Mississippi and Alabama when he was younger. He enlisted in the Alabama Army National Guard in 2006, at the age of 21 and served more than 8 years as a Human Resources Sergeant. In addition to being in Human Resources, Caleb also spent time as a MRAP driver while deployed to Sharana, Afghanistan in 2009. Shortly after returning to the United States, he finished his bachelor’s degree in Business Administration from the University of North Alabama. After this, while still serving in the National Guard, Caleb began having debilitating back pain and was diagnosed with Post Traumatic Stress. He sought help from the VA while still in the service and they began running through trials of SSRI’s, SNRI’s, antidepressants and more, which only served to make things worse. He was medically discharged in 2015 and in 2017, after years of dealing with the VA and having multiple surgeries, Caleb and his family moved from Huntsville, AL to the Chicagoland area of Illinois. Soon after moving, Caleb reached out to a fellow Soldier and inquired if they had ever noticed that cannabis helped with their hypervigilance and anxiety. This conversation led into an introduction to a group of veterans that started a Facebook group, called Operation 1620. We all immediately felt at home and realized that the conversations that were occurring in the group were important but were not being facilitated at the VA. In 2019, Operation 1620 applied to become a 501c3, with Caleb as the first Executive Director. In 2020, after working alongside with other great nonprofits, Operation 1620 decided to officially come together to merge with Balanced Veterans and allow for a greater impact in the veteran community. Caleb is now attending Purdue University Global to get his master’s degree in business administration, with an expected graduation date of March 2022. 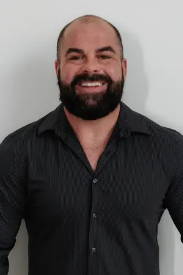 On the morning of January 19, 2010, while serving in the Arghandab River Valley outside of Kandahar, Afghanistan, U.S. Army Lieutenant Derick Carver and his unit met with local teachers and elders to discuss reopening a school that the Taliban had rigged to blow with IEDs. Along with the Afghan Army, LT. Carver and his platoon moved forward to establish themselves in the school for clearance operations to prevent further targeting. However, on their way to the school, the Taliban launched a complex ambush using a daisy-chain of 107mm rockets and home-made explosives. Derick suffered multiple injuries including the loss of most of his right thigh, multiple fingers becoming fused or partially amputated, and the amputation of his left leg. The attack also resulted in PTSD and recurring complications. After multiple initial life saving surgeries, Derick was finally transported to Walter Reed Medical Center, where he spent the rest of his 13-month recovery. During this time, Derick underwent almost 60 surgeries, over 50 blood transfusions, and five plasma transfusions, later opting for active recovery. Following inpatient recovery, Derick returned to duty and assumed the role of AS-3 for the 4th Ranger Training Battalion, becoming the “1 legged Ranger Instructor” before retiring in 2012. Derick was born in Millington, Tennessee, but spent most of his childhood in Southern California. Raised by his mother, Derick was very active in high school sports, where he played baseball, football, and track and field. As the first in his immediate family to attend college, Derick went to Capital University in Columbus, Ohio, before transferring to Eastern Michigan University. In 2007, Derick was commissioned into active duty, spending years training in various courses such as Officer Basic Course II, Infantry Officer Basic Course, and Mechanized Leader Course, until his deployment in 2009. Since his injury in 2010, Derick has stayed active competing in CrossFit competitions and winning the U.S. and World’s Strongest Disabled Man in 2017. Derick has competed in the Arnold Sports Classic, where Arnold named him the “most inspiring Veteran” he has met. 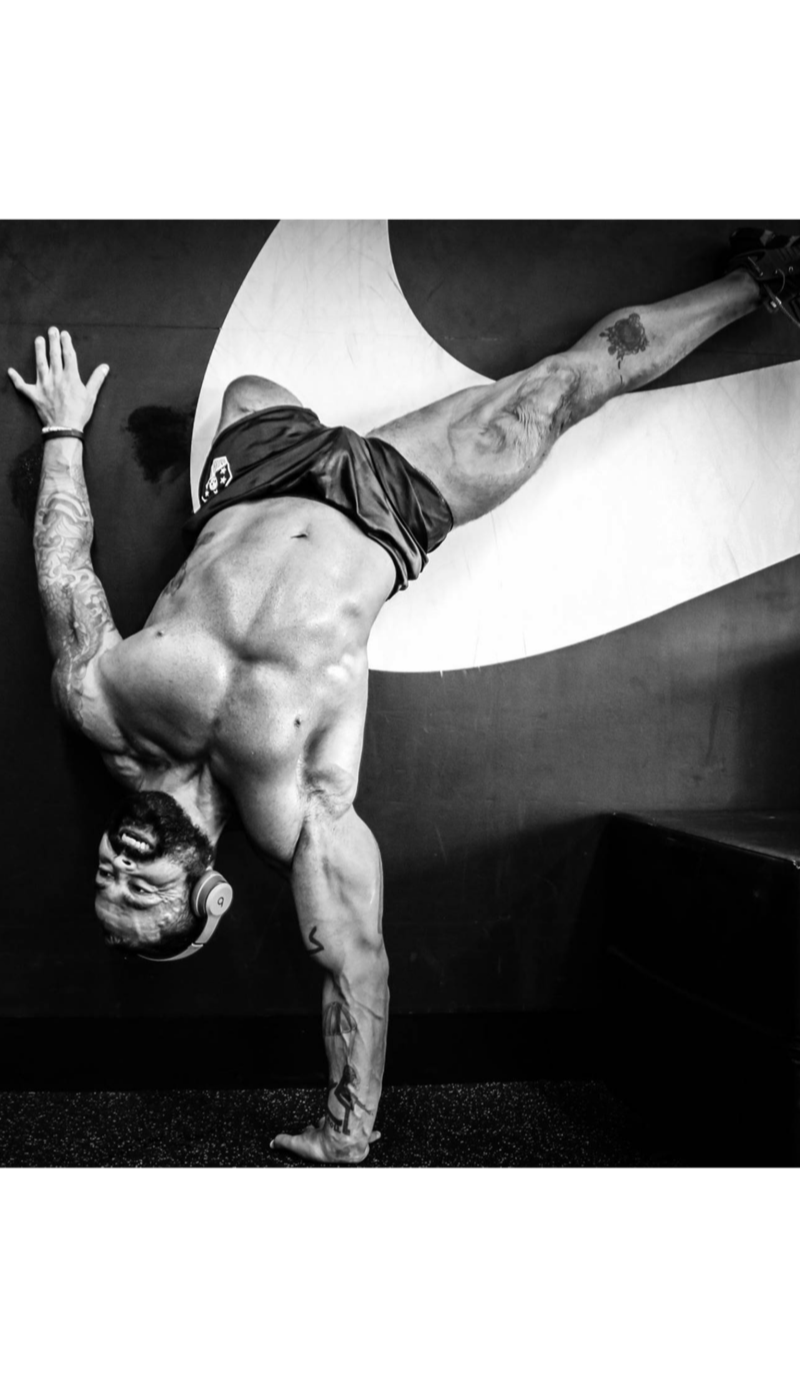 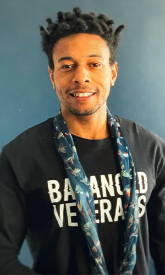 Darren completed 10 years of active duty service in the United States Air Force. As a Phoenix Raven, he provided close-in security for Air Mobility Command aircraft transiting high threat low-security areas of responsibility. As a student at St. Joseph’s College (NY), Darren is earning his B.A.) in Psychology and MBA) in Business to facilitate safe access to alternative therapy and its various modalities to other veterans. Darren contributes his willingness to try therapy for the first time to his loving daughter and encourages all to speak both openly and often with family members about mental health.